Lurking in our language: Race, privilege, and power

So many of our phrases, expressions, and idioms have racist origins; it’s about time we noticed and did something about it.

Recent protests around the world over police brutality have put a renewed spotlight on racial inequalities of all kinds. I found it shocking as company after company admitted to racist underpinnings in their brands: the Washington Redskins, Aunt Jemima (PepsiCo), the Dixie Chicks, and so on.

What was shocking to me wasn’t the admissions but the fact that many of these brands are so entrenched in our culture, we don’t give them a second thought. Yet some are directly rooted in America’s history with slavery while others simply perpetuate negative thoughts and stereotypes about black people and other minorities.

Around this same time I came close to using a racist idiom. (Embarrassing, I know.) I had to look it up to be sure and, as I did, I was surprised to see how many still permeate our language.

Is it possible that we consider ourselves inclusive while using language that perpetuates systemic racism and discrimination?

It is possible. In fact, our language reflects a toxic relationship with race, privilege, and power that is sustained in large part by ignorance. I would need an entire website to list all the racist phrases, expressions, and idioms that I found.

I didn’t really want to create such a website as there are many that already exist. (A quick Google search will show you what I mean.) What I wanted to share with you today are those that I found most remarkable – either because I was unaware of their origins or because they were so blatantly obvious and yet still in circulation.

Meaning: Refers to people (or companies) who are allowed to follow an old set of rules, even after new ones are in place.

Origin: Even after the 15th amendment was put in place giving black people the right to vote, a number of states were less than enthusiast about it and found ways to get around it. These states instituted poll taxes and literary tests, and then passed a law known as the “grandfather clause”. This law gave people the right to vote without paying the tax or taking the test if they could vote before the 15th amendment or were a descendant of someone who could vote. In other words, white people were “grandfathered in” to voting without restrictions while black people faced an onerous struggle to pay the tax and take the test.

What to say instead: “Legacied” in

Origin: This is an interesting one. The images we tend to associate with “white trash” are not flattering: poor, lazy, uneducated, ignorant, unkempt, and even dirty. Sure; but what does this have to do with black people? While the phrase is meant to demean white people of a certain socioeconomic class, it inadvertently demeans black people of every class. The problem is the phrase is an oxymoron. The fact that “trash” is qualified by “white” implies that white, unlike black, is the opposite of trashy. This in turn says that if you’re not white, you’re trashy.

What to say instead: Probably best to refrain from calling anyone “trash” really.

Meaning: Describes components of software and hardware where one component controls another.

Origin: Needless to say, this phrase has very obvious roots in slavery. I included it in this list because I found it so disquieting that it is still in use today. Some programming communities (Python being one) have eliminated the terms master/slave entirely but many have not.

What to use instead: It can be hard to avoid this terminology if it’s being used in frameworks or APIs that you don’t control. Here’s a thought: lobby the maintainers or standardization committee to ask them to use more inclusive language. After all, two engineers successfully lobbied Twitter, to which they responded by dropping the words.

Origin: The cakewalk originated as a dance performed by enslaved black people on Southern plantations before the Civil War. The slaves would get together and hold contests in which the winners would win a cake, often provided by the master. It was intended to be a mockery of the way white people danced, though plantation owners interpreted the movements as quaint approximations of them or unskillful attempts to be like them. From this, “piece of cake” came into being.

What to use instead: Easy

Mighty white of you

Origin: First used under US colonialism and before civil rights, this phrase expressed appreciation for honorable or gracious behavior. It’s hugely problematic because “mighty white of you” assumes that white people are inherently more honorable or principled. Today, it is still used albeit sarcastically in reference to underwhelming acts of generosity.

What to use instead: Mighty nice of you

Meaning: Refers to not being able to do something.

Origin: This one is interesting because it is not about black people but illustrates our capacity to insult minorities of all kinds. The phrase, “no can do”, dates from the early 20th century when it became a popular way to make fun of Chinese immigrants. What might seem like a folksy, abbreviated version of “I can’t do that” is actually an imitation of Chinese immigrants struggling to learn the English language. Similarly, “long time no see” is also considered a mockery of non-native speakers early attempts at English. (Some say it is native in origins while others believe it to be Chinese.)

What to use instead: Can’t do that | Feels like forever since we last saw each other

I could go on. Unfortunately, our phrases, expressions, and idioms don’t just insult minorities they also normalize heinous behavior. How about “drinking the Kool-Aid” and “going postal”? These references are offensive because they trivialize the suffering of others and normalize abhorrent behavior.

Do we stand a chance of ever using an idiomatic expression ever again? I certainly hope so but don’t think for a minute that “skinning a cat” is any less problematic. More on that one later!

This newfound sensitivity to common place language has made us change our writing practice here at Third Law. Now when we consider using a well-worn expression in our writing, we take a minute to look up its origins. If it’s rooted in racism, sexism, or violence of any kind, we remove it. We also make a note to stop using it in our speech. It may be a small contribution but it’s something. Collectively we all might make a difference. 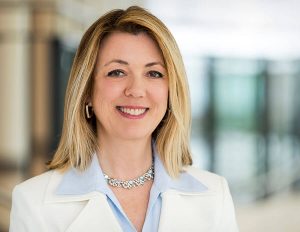 Nancy is an accomplished marketing communications professional and award-winning writer with over 20 years of experience in automotive technology and embedded software. Prior to founding Third Law, Nancy worked at QNX for 13 years — first as a writer and then as a marcoms manager, responsible for creating and delivering the autotech promotional strategy. Nancy has received numerous accolades throughout her career from organizations like the International Association of Business Communicators (IABC) and the Society for Technical Communication (STC).

The Failure of Fail Fast Culture

Reading time: 4 minutes “Fail fast, fail often” has some serious problems that sabotage success. We identify the issues and suggest some corrections to the mindset.

Lurking in our language: Race, privilege, and power

Reading time: 4 minutes Recent protests around the world have put a renewed spotlight on racial inequalities of all kinds – but who is watching what we say?