What is holding the new OEMs back from delivering on their promises? It’s what traditional OEMs have in spades.

What car-related news did we get in January? Rivian delayed their SUV and long-range R1T. Lucid withheld delivery of certain models of their Air Dream Edition. Tesla pushed back their Cybertruck for a year. And Bollinger dropped their consumer truck, opting to focus instead on commercial trucks and fleets.

Is all this bad news related to the ongoing semi-conductor shortage? Partially, yes. However, it’s also due in large part to the simple fact that it’s extremely difficult to build cars.

Cars are challenging to make

A car is a mass market, high volume good with high quality expectations. It’s intended to be outside and UV-exposed indefinitely, be continually vibrated by bumpy roads, and always protect its passengers from both accidents and the elements. It must reliably work for hours on end, whether baking in the Arizona dessert or freezing on the Yukon tundra. It’s assembled from thousands of individual components, and yet it must be made as inexpensively as possible.

None of these things is black magic. Collectively, we as a species understand material science and sound manufacturing methods. But to overcome any one of these challenges is quite hard. They all rely on one hundred percent flawless execution. The amalgamation of all these features into a four-wheeled vehicle sitting in your driveway is only possible with the sustained effort and talent of thousands of individuals.

Building a car isn’t as “simple” as outsourcing phone production to FoxConn.

Yet, it’s become increasingly clear that innovation must take a back seat to the practical reality of manufacturing and assembly. The difficulty of producing consumer-ready vehicles is the one thing that almost every new startup severely underestimates. It’s easy to be a Nikola Motors as long as it’s all smoke and mirrors. It’s less easy to get near the production line – as Lordstown Motors is finding out.

Building a car isn’t as “simple” as outsourcing phone production to FoxConn. (And of course, that is quite far from simple.) Large factories, modern robotics, and manufacturing analysis are all great tools, but you need the experience of knowing how to effectively organize and orchestrate the thousands of systems, suppliers, and employees involved in the mass production of a car if you want to succeed beyond your first couple prototypes and the initial media blitz.

Place your money: new or old?

Legacy automakers don’t move fast enough, that’s clear from my last blog. As a result, there’s still much discussion about how badly they will be disrupted. Many industry pundits guess that the big auto companies will go under when faced with significant competition from the upstarts.

However, I don’t believe we should count out the traditional OEMs when compared to the nimble EV scale-ups. These legacy OEMs have a secret weapon that no three-year-old company will ever have. They know how to build a car that’s solid, reliable, and repeatable. This might seem boring compared to self-driving or IoT connectivity, but it’s essential.

Don’t get me wrong. I still root for the little guy. (Who doesn’t love an underdog?) They’ve improved the entire industry by leaps and bounds in a relatively short period of time – applying market pressure and making legacy OEMs embrace a reset to their platforms, ultimately improving and modernizing their products.

But when it comes to reliability and recalls, I’ll put money on the traditional OEMs. They’re going to get the “reliable” part of the product puzzle right much quicker than their smaller competitors. As a consumer, I’d rather have a reliable car than a high-tech one if I’m constantly dealing with the latter’s defects in software, assembly, or components. I don’t buy cars to be an unofficial and unpaid QA engineer, and I suspect most of the public would agree. Poor fit and finish can be a showstopper.

Really, the best of both worlds is a JV between a promising startup and a legacy OEM. (That’s why I found it so disappointing to see Ford and Rivian break up.) One brings the innovation and software depth and the other gets it built. This way, everyone wins. More please. 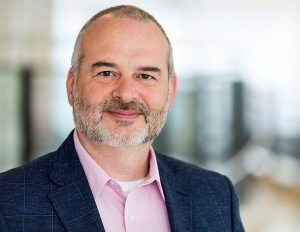 Andy is a sought-after voice in the automotive technology industry. His reputation is rooted in hands-on experience in the autotech trenches – software architecture and engineering, technical sales, and product marketing – for over two decades. As a well-known and well-connected expert, Andy is the winner of the 2015 Top Car Celeb, Analyst, or Advocate Award from Auto Connected Car News and was the Conference Director for the AutoMobility LA for five years in a row.

OnStar: The Canary in the Coalmine

Reading time: 4 minutes OnStar recently announced they are planning on opening their services to non-GM vehicles. Seems like a sound business decision, right? Maybe, but it’s not a good omen.

An Insider’s View of the Automotive Technology Market

Reading time: < 1 minute Autotech Revolution is our ebook that looks at the most important trends happening today and how they’re affecting the industry from an insider’s perspective.